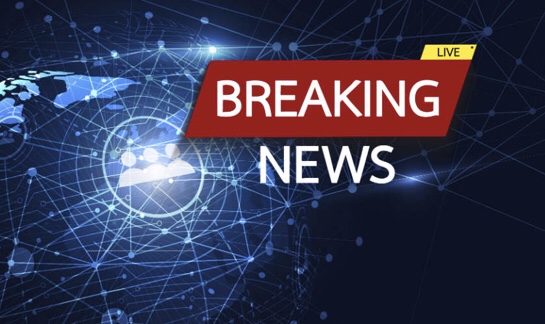 Sunday night news, everyone in my family was watching it except for me. I watched news occassionally earlier but only recently have I started despising it. In times of pandemic when everyone is stuck in their homes, news is all we have on television. The soap operas (thankfully) are not being produced anymore. Reality shows are put to a grinding halt. There is no Movie production or release planned for the entire quarter. We have more than 10 news channels to pick from. Each one following coronovirus day and night and counting deaths every minute. There is so much information out there and so many theories that one can write a book out of it (that actually sells).

But to be honest, I find the news channels polarising. They not just deliver facts but create a sentiment, voice strong opinons and publicise it. Almost all news channels are now backed by a political party and the funding ensures the interests of party are addressed. This is not to say that all news channels are biased but they frame facts such that it influences public sentiments in a certain direction (conveniently ignoring facts which might keep our opinion balanced)

To give you an instance, few days back, a news channel announced how an Indian Prime Minister is leading the world leaders in formulating the corona strategy. This was monumental for the nation. I was amused. The news was delivered by a foreign lady and that made it seem like this was some world news channel. Upon some research, I discovered the channel was owned by the then government in power. That explained the news. Imagine, the fake pride and respect it induced within the citizens of India who would line up to vote the current ruling party next elections.

I also saw news showing theories of labs in china that aided spreading the virus. Some call it china virus. Some say this is a biological weapon for world war III. Whether or not the theories stand right, the photos of bats, labs, testubes and sound effects coupled with it are enough to induce anti chinese sentiment.

And what about Anti Muslim agenda that is already on rise? Surely, after the corona episode, people won’t mind voilence within Muslim communities. The news channels have been buzzing about Jamats and how they are responsible for spreading the virus. It sure can be a story but imagine when you listen to this, all week on over ten news channels, would you remember which category of Muslim population is responsible or would you remember that Muslims in general are responsible? Constant reinforcement of information creates this radical opinion.

It is bizzare to see how news channel can gather so much content around the pandemic that the only thing to talk about all day is The Pandemic. What happened to the war in Iraq? Why isn’t trump impeached yet? Is climate change still on the agenda? I am curious about all these topics except that I don’t get to choose what I should think about when I am bombarded with corona information all the time.

20 years ago, we had one channel on the television. It was the channel for everything (not just dedicated to news). News was delivered by a middle aged women in a monotonous tone in half an hour segment. It consisted of concise facts leaving it upto the audience to form their own opinion. No sound effects, no graphical remakes. People were not brainwashed but open to ideas, discussions and other people in general.

Unfortunately, times have changed now and so had the news. I thought, the only way out of this constantly stirring intolerance is to stop watching the news channels altogether. I thought it better to not have an opinion than have a radical one.

Now, I scroll through headlines on print media for limited time each day. The silence gives me space to think, choose my interests and form an opinion that is original and somehow my own.

Its Sunday night again. Today is the Prime Minsiter’s address to the nation. Everyone is watching the news at home except for me. The me will instead read the highlights later tomorrow.

iThere are no comments